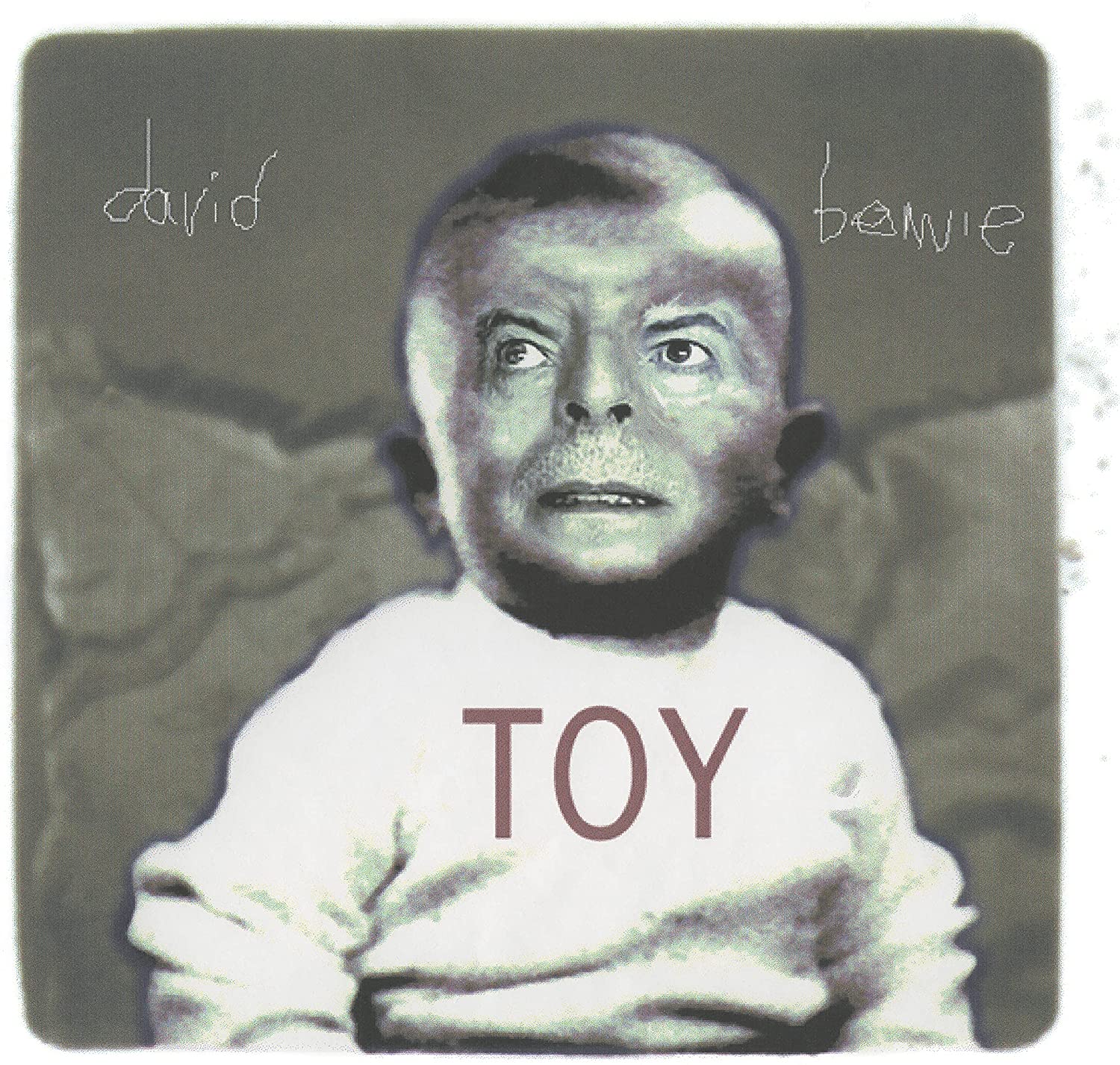 
Released on 7th January 2022 DAVID BOWIE TOY:BOX is a special edition of the unreleased TOY album, which is available as a three CD set and six 10" Vinyl formats.

The 'capture the moment' approach of the recording sessions are extended to the sleeve artwork designed by Bowie featuring a photo of him as a baby with a contemporary face. The package also contains a 16-page full-colour book featuring previously unseen photographs by Frank Ockenfels 3. TOY was recorded following David's Glastonbury 2000 performance. Bowie entered the studio with his band to record new interpretations of songs he'd first recorded from 1964-1971. The plan was to record the album 'old school' with the band playing live, choose the best takes and then release it as soon as humanly possible. Unfortunately, in 2001 the concept of the 'surprise drop' album release and the technology to support it were still quite a few years off, making it impossible to release TOY at the time.

Included in TOY:BOX is a second CD/set of 10"s of alternative mixes and versions including proposed B-Sides (versions of David's debut single 'Liza Jane' and 1967's 'In The Heat Of The Morning'), later mixes by Tony Visconti and the 'Tibet Version' of 'Silly Boy Blue' recorded at The Looking Glass Studio at the time of the 2001 Tibet House show in New York featuring Philip Glass on piano and Moby on guitar.

The third CD/set of 10"s features 'Unplugged & Somewhat Slightly Electric' mixes of thirteen TOY tracks. Producer Mark Plati "While we were recording the basic tracks Earl Slick suggested that he and I overdub acoustic guitars on all the songs. He said this was a Keith Richards' trick, sometimes these guitars would be a featured part of the track, and at other times they'd be more subliminal. Later while mixing, David heard one of the songs broken down to just vocals and acoustic guitars; this gave him the idea that we ought to do some stripped-down mixes like that and that maybe one day they'd be useful. Once we put a couple of other elements in the pot, it felt like it could be a completely different record. I was only too happy to finish that thought some two decades after the fact."