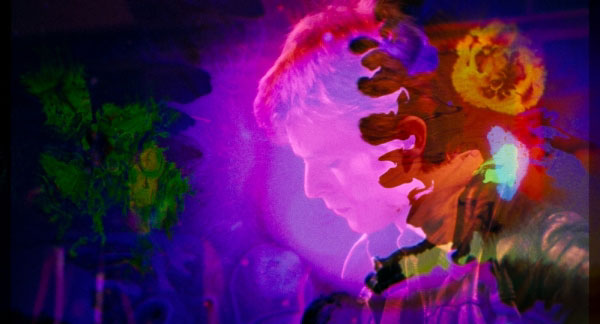 Los Angeles, CA (April 13, 2022) - After a rigorous five-year production and assembly process by acclaimed filmmaker Brett Morgen (The Kid Stays in the Picture, Cobain: Montage of Heck, Jane), and as part of the ongoing Bowie75 celebration of David Bowie's legacy and enduring influence, NEON and Universal Pictures Content Group announced today that they will release Moonage Daydream, the feature-length experiential cinematic odyssey that explores Bowie's creative, musical and spiritual journey. Told through sublime, kaleidoscopic, never-before-seen footage, performances, and music, the film is guided by Bowie's narration and is the first film to be officially sanctioned by Bowie's estate. NEON will distribute the film in the U.S., Universal Pictures Content Group will release the film internationally, and HBO Documentary Films has North American rights for streaming and cable in spring 2023. The film was designed from conception as a unique cinematic experience and will also be released in IMAX in select markets.

In 2017, Bowie's estate presented filmmaker Brett Morgen unfiltered access to Bowie's personal archives, including all master recordings, to create an artful and life-affirming film that takes the audience on a journey through Bowie's creative life. Morgen has constructed a sublime cinematic experience that will provide audiences with unrestricted access to Bowie's personal archives. While researching the film, Morgen unearthed hundreds of hours of never-before seen 35mm and 16mm and was able to assemble the performances from these original camera masters. Accordingly, all of the performances presented in the film will appear for the first time. In addition, all music in the film has been remixed from the original stems into Dolby Atmos, 12.0, 5.0, and 7.1/5.1. Audiences should expect to see and hear David like never before.

The title Moonage Daydream references David Bowie's eponymous song from the influential 1972 album The Rise and Fall of Ziggy Stardust and the Spiders from Mars, which introduced the world to his iconic, gender-bending, and groundbreaking stage persona, Ziggy Stardust.

Morgen is a writer, director, producer, and editor who has been making ground-breaking documentaries for over 20 years. Named "The leading revolutionary of American Documentary" by the Wall Street Journal, Morgen's films consistently challenge the existing boundaries of non-fiction, as evidenced by The Kid Stays in The Picture, Kurt Cobain: Montage of Heck, and JUNE 17, 1994. Morgen's most recent film, Jane, received 7 Primetime Emmy nominations, including four for Morgen, who won for Best Director. In addition, the film received the PGA, ACE, WGA, CAS, MPSE, NBR awards and was named Best Documentary of 2017 by over 18 critics groups. Morgen's other credits include Kurt Cobain: Montage of Heck (2015), Rolling Stones' Crossfire Hurricane (2012), The Kid Stays in the Picture (2002), and On the Ropes (1999). Morgen is the recipient of two Peabody Awards, the DGA award for Best Documentary, and has been nominated for an Academy award, a BAFTA and 9 Primetime Emmys. His last three films have earned a combined 18 Primetime Emmy nominations. He is one of the only individual filmmakers to have received the WGA, DGA, PGA, and ACE awards.

In just five years, NEON has garnered 18 Academy Award® nominations, 5 wins, including Best Picture, and has grossed over $180M at the box office. The company continues to push boundaries and take creative risks on bold cinema such as Bong Joon Ho's Parasite, which made history winning four Academy Awards®, becoming the first non-English-language film to claim Best Picture. The film, which also unanimously won the Palme d'Or at Cannes, has grossed over $53M at the domestic box office and broke multiple records. NEON has amassed a library of over 80 films with noteworthy releases including: Tamara Kotevska and Ljubo Stefanov's award-winning and record-breaking Honeyland, which is the first non-fiction feature to land Academy Award® nominations for Best Documentary and Best International Feature Film in the same year; Todd Douglas Miller's Apollo 11 which grossed $16M worldwide; Julia Ducournau's Palme d'Or winner, Titane; and Craig Gillespie's I, Tonya, which garnered multiple Academy Award® nominations, one win for Allison Janney and amassed over $30M in domestic box office.