Best wishes as always from

Rednik and everyone at Wonderworld

• On this day, 16 years ago, DAVID BOWIE performed at The Borgata Hotel Casino and Spa in Atlantic City, New Jersey in 2004...

• On this day, 18 years ago, DAVID BOWIE performed at the Jacob K. Javits Convention Center in Manhattan, New York City for The Robin Hood Foundation Auction in 2002. He performs 'America' solo to a backing track before the auction got underway...

• On this day, 33 years ago, DAVID BOWIE performs at Feyenoord Stadium in Rotterdam, Netherlands. It is the opening gig of 1987 The Glass Spider World Tour. The crowd sing 'Happy Birthday' for Duncan - [View news footage]...

• On this day, 37 years ago, DAVID BOWIE performs at the US Festival in Glen Helen Park, San Bernardino, California. This interrupts his Serious Moonlight Tour '83 and he reportedly receives a fee of $1.5 million dollars from Apple co-founder Steve Wozniak for his appearance - [View news footage]...

• On this day, 42 years ago, DAVID BOWIE performed his Musikladen Extra TV Special in Bremen, Germany in 1978...

• On this day, 44 years ago, DAVID BOWIE hired out a casino in Montreux, Switzerland and narrates 'Jack and The Beanstalk' for his son Duncan and his friends in 1976...

If you're into the DUNCAN JONES Moon / Mute / Madi trilogy you'll know all about the final instalment MADI.

Madi: Once Upon A Time In The Future is a sci-fi graphic novel by Duncan Jones, Alex de Campi and some of the best artists in comics.

To give you a taster of this amazing project, you can download the first 19 pages of Madi HERE

Check out the kickstarter page which details everything you need to know.

On this day, 13 years ago, DAVID BOWIE performed a section of 'Pug Nosed Face' and the audience join in with an impromptu sing-a-long. He then introduces comedian RICKY GERVAIS onto the stage at Madison Square Garden, New York for the finale of the H&M High Line Festival in 2007.

Ricky said to the audience that because he was introduced by David singing that song - that he could already imagine the puns that would follow. His favourites being: 'The Thin White Duke brings out the Fat White Duck,' 'Piggy Stardust' and 'Chunky Dory'.

After the sold-out Gervais show at Madison Square Garden, David then went on to check out THE SECRET MACHINES at the High Line Ballroom.

It was initially reported that David would be curating and performing at the festival, but on 22nd January 2007 it was announced that: "due to ongoing work on a new project that it will not be possible for him to perform. He will however continue to curate the event alongside producers David Binder and Josh Wood."

The festival ran for 11 days from 9th May to 19th May, with artist performances at various venues around New York including Radio City Music Hall, Madison Square Garden and Irving Plaza.

On this day, 50 years ago, DAVID BOWIE was awarded an Ivor Novello Award for 'Space Oddity' as Best Original Song at the Musical Festival '70 show at The Talk of The Town, London in 1970.

He performed 'Space Oddity' accompanied by the Les Reed Orchestra. The event was transmitted live via satellite to over 60 closed-circuit outlets in America, including New York's Carnegie Hall. It was also seen in France, Spain, Australia, Holland and Venezuela, but not Britain, where it was broadcast live on Radio One and Two at 10pm-11.30pm.

You can watch the performance below...

A LISTENING PARTY WITH REEVES GABRELS
5th May 2020

To join in all you have to simply do is... stream or play the album and follow Tim Burgess and Reeves Gabrels on Twitter, then you can read the tweets in real time.

Ask your questions / share memories and so on using #timstwitterlisteningparty

For more details and information, pop on over to twitter.com/Tim_Burgess

All set for release next month on 15th June is the Blu-ray version of MERRY CHRISTMAS, MR. LAWRENCE which stars DAVID BOWIE, Takeshi Kitano, Tom Conti and directed by Nagisa Oshima. 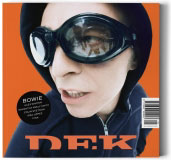 DAVID BOWIE takes centre stage in their launch issue with over thirty pages dedicated to one of his most creative photoshoots -The Corsham Street Sessions.

This debut issue of DEK MAGAZINE has now launched and is available to purchase.

For more details about this brand new exciting magazine visit the dekmag.com website. 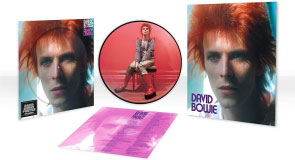 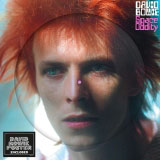 Record Store Day 2020 has now been further postponed worldwide and now takes place on three different dates: 29th August, 26th September and 24th October due to the safety of the general public. 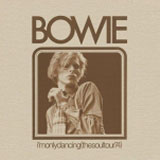